I've been trying to find an angle on this Tracy Morgan thing for a while, but never knew what I could add to the conversation. Especially when someone like Louis CK drops gems, and I mean that sincerely, like "Nobody gets to say that they represent anybody and they're offended on behalf of the whole world." What Morgan said was stupid, I think he's in the process of properly atoning (not that it's up to me, or anyone really), and now that he's bargained with the morality terrorists he has to apologize for every damn thing he says.

I'm fed up with the constant ebb and flow in our pop culture landscape of someone saying something, someone else deciding that was a very bad thing to say, and then using some sort of out-of-proportion leverage to drag that person through the mud. I get it. You're offended. I'm offended. We're all righteously offended on behalf of gays, or blacks, or Asians, or mentally challenged people. Can we drop it now?

I can guarantee you that I am genuinely offended by all of these things at least as deeply as anyone has been offended by the words of some stupid comedian in a semi-public arena. And you don't get to tell me I can't be offended by these things, because apparently that's not how it works.

So where's my special interest group? Who's going to demand that my laundry list get taken off the air or out of our culture? Why don't I get a voice here?

Fuck it. I'll start my own. I hereby claim my overlordship of SHIT (Stop Human Intelligence Torture). Who the fuck's with me?
Posted by Unknown at 8:56 PM No comments: 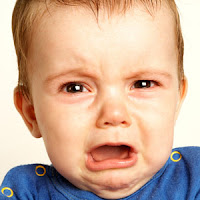 Geek note: this is all spoiler-free. Shame on you for doubting. You want spoilers? Read Entertainment Weekly.

So some major events happened at the end of the first seasons of both The Killing and Game of Thrones. And boy, did the fans get their demanding panties in tight little wads about it.

I understand the feeling of ownership that comes along with being a fan of something. But there are lines, people. "I'm not happy about [THING]! I wanted [OTHER THING] to happen!" Well, fan, what you're describing is a different story. Maybe you should try to find that story somewhere else. Or create it yourself. Otherwise, shut your mouth and take what's given to you. You like these characters? You like this world that's been created for you at great expense? Did [THING] violate either of those? Then what's the problem?

OK, I might have lied a little. The next paragraph is very slightly spoiler-y about The Killing. I'll leave a big gap in case you haven't seen the season finale, and you can move on to the next spoiler-free paragraph about Game of Thrones. Ready? Here we go:

The people behind The Killing are doing a great job. It's not a show about who killed a girl. That would be boring. It's a show about people, and politics, and small towns, and some of those people are trying to figure out who killed a girl. If you're so obsessed with finding out whodunit, read any of the thousands of shitty paperbacks out there that only concern themselves with that question. They do away with those tedious elements of storytelling like originality, and tone, and character development. Or just do a jigsaw puzzle or something, it's the same principle.

Welcome back! And to the fans of Game of Thrones who weren't happy about a certain development--and it was a distressing development, I agree, but I mean like "you shouldn't have done that" unhappy--this show is based on a book that's been devoured wholesale by hundreds of thousands of adoring readers. That thing happened in the book too. This is the world Martin created. If you have a problem with the event in question, just get out now, because good god you could not handle what's on the way.

I guess this is what happens when people who are used to bad TV get tricked into watching really good TV. I could see the constant boobs in Game of Thrones pulling in people that have no business watching that story. I'm not sure what the hook was on The Killing. Thinking it was a plain whodunit, I suppose, though that requires total ignorance that it's on the channel of Mad Men and Breaking Bad. AMC doesn't do plain, thankfully.

But hey, here's something we're all perfectly entitled to getting panty-wadded about: Mad Men's 1.5 year break. WAAAAAHHHHHHHHH!
Posted by Unknown at 2:10 PM No comments:

How to Succeed in Showbiz in Spite of Really Trying

911 Calls of the Rich and Famous: Charlie Sheen

Posted by Unknown at 2:18 PM No comments:

I've been hemming and hawing about doing something like this, mostly to collect everything I've shot and will shoot in one place. I had an idea that it could also include some direct-to-camera stuff, like this video (but like I said, with more structure and comedy--I promise--seriously). There are risks associated with that sort of thing though. I mention it in the video. You see a lot of people doing stuff like this on YouTube to varying degrees of success, and when it's bad, it's really bad. Would I have anything worthwhile to add? Am I revealing too much of myself to my tiny audience? Why can't I just try stand-up instead?

Well, fear, honestly. I don't get nervous when I act any more, really, but when I think about trying stand-up I just freeze. So this is a nice way to segue into that, perhaps. Or at least try something different.

In the end, I realized I always overanalyze things like this and once again was letting fear rule my decision, so I went ahead and got started. And here we are. I'm working on a sketch now that will be a nice addition to the channel. Hopefully you'll see it sometime next week.
Posted by Unknown at 9:24 AM No comments:

What's the thing where you end up doing something because it's so closely related to your name? It's like Crapper inventing a toilet. Lemme Wiki that...whoa, he invented the ballcock. That is unfortunately appropriate. You know what I mean though. Google "Dr. Butts proctologist." It happens.

Anyway, this is a guy who was serving as one of my last tethers to the current political atmosphere. I'd all but given up until some of his excellent Congress-floor tirades made the YouTube rounds. Were I in an elected position, I'd probably be doing the same thing. And he was Jon Stewart's roommate! Come on Weiner!

No, he's not a values guy like Gingrich (explain how that works again?), but he's an ethics guy. He's a common-sense guy. He's a "look at yourselves you drooling morons" guy. This doesn't mean he can't do his job, and it doesn't mean his insight into the absurdity of his fellow leaders is much less clear. But it just takes him down a notch. It puts him on the same level as every other bumbling dude trying to run this show. Maybe that's what I get for putting any of them on a platform even a couple inches off the ground.

OK, Congresspeople, let's try an experiment. Everyone stand up. Now, have a seat if you're here representing corporate interests.

Wow. That was a lot of people. Alright, have a seat if you're not interested in helping those less fortunate.

Aaand that was almost all of you. Now, have a seat if you're ashamed of how far left you may be perceived.

Really? Just one guy left? OK. Have a seat if you can't seem to get anyone to listen to you.

Should you really be standing, Mr. Kucinich? That's what I thought.

Is this what it felt like when Bobby woke up on Dallas?
Posted by Unknown at 10:54 PM No comments: