The United States workforce is represented by two separate, yet equally important groups: those who plan on keeping their job for the long haul, and those who are biding their time before becoming the Next Big Thing. These are stories from the second group. 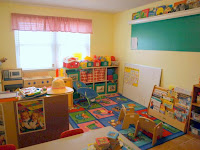 
I've talked about my time at the private preschool before, and teased you with a tale of Tiger, the English bulldog.  Well, dear reader, your day of fat slobbery dog-reckoning has arrived.

As mentioned in that previous post, I was given the duty of manning the front door of the building in which the school was housed during the changeover from morning to afternoon session.  You may not be aware of this, but every child is born with the instinct, when they see a door to the outside, to run through it and keep going until they're hit by a car.  Since these children were young and had yet to temper that instinct through teaching, I was the only thing that stood between their lemming-like habits and NoHo traffic.

The school was the second floor of this building, and as far as I know the rest of the building was occupied by tenants, some of whom seemed to be holdouts from a previous era when it wasn't necessary to sell an organ in order to stay in nice places in Manhattan.  Most old, upscale buildings on the island have people like this living in them.  They resisted the buyout when it came along, and like a tree absorbing a fencepost, the building just grows up around them.  For example, the entire second floor of the hotel at which I was a doorman was reserved for people who wouldn't leave the building when it was converted.  They were left to their own devices, like Morlocks.  My coworker said the second floor smelled like his iguana cage.  I've never owned iguanas, but that seemed about right.

I'm stereotyping, and there's certainly a degree of classism in effect here, but I believe Tiger's owner may have been one of these holdouts.  He was a lovely person, but he just didn't seem like the type to pay however many thousands of dollars to live in a loft in a historic Manhattan building.  I would see him when I came over to the school from the offices 10 or 15 minutes before the transition, when he brought Tiger down for their afternoon walk.  I would hear them first, as they lived on the third floor.  The first day I met them, I began to hear an epic procession of wheezing and uneven tramping down the stairs.  This went on for a while, slowly drawing nearer, until finally on the landing at the end of the hallway I saw one of the fattest English bulldogs I've ever seen.  He was, of course, adorable.  He was mostly brown, with darker brindle stripes and white highlights.  His owner was also very large, a late-middle-aged man, and I could not tell for whom the descent was more difficult.  They stepped off the last stair and just stood there for a minute, collecting themselves.  The man introduced his dog as Tiger, and they both limped out the front door, panting.  I don't recall ever seeing them make the climb back home, and I can't imagine how it occurred without some sort of pulley system or winches.  Tiger was a big boy.

I saw them several more times, and we got to "know" each other as you do people in this city whose paths somewhat regularly cross yours.  Always the racket of them wheezing down the steps into the empty hallway, the rest at the end, and the gentle regard from Tiger as they went out the door.  They always did this before the class change, except for the one day they didn't.

The morning class had come down with the teachers, meeting the waiting parents and nannies in the hallway.  Most of the afternoon children were there as well, and the hall was filled with the happy din of parents, teachers and four-year-olds catching up with each other.  Over this I heard the familiar wheezing and stomping, but no one else knew what they were hearing.  Then suddenly Tiger had joined us, tired and happy.  They did not know how to handle his presence.  This fat, sloppy dog had absolutely no place in the allergy-ridden Montessori upper-class worldview of these people, and I was just delighted.  So was Tiger.  It turns out that he loved kids.  He weighed more than any two of them combined, and all he wanted to do was jump on them and lick face.  His owner was responsible enough to keep this from happening, and Tiger was straining as hard as he could against his harness to get his huge tongue on these kids.  Parents, kids and teachers all shrank back so that there was a circle around Tiger wherever he went in the hallway.  Due to the exertion of the stairs and his excitement, he threw up in the middle of the floor.  Everyone but me, Tiger and his owner was horrified.  Finally one of the teachers had the presence of mind to get some paper towels, but not before Tiger tried re-eating his breakfast.  One of the children started weeping.  Tiger's owner apologized, and they waddled out the front door to see what the city had in store for them.  The children made their way upstairs, contemplating what they had just seen like Siddartha after he saw his first old man.

Colin Fisher is many things to many people, but mostly he's an actor and writer.
Posted by Unknown at 11:05 AM No comments: