Truth in Advertising: Friends With Benefits 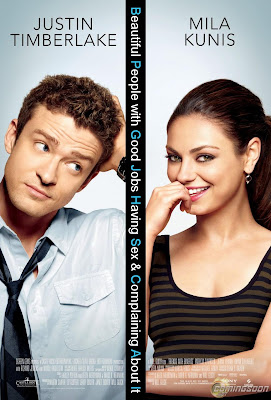 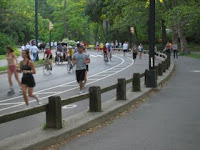 I've been doing extensive field research this last month in Central Park, and I've come to this conclusion: "European" must be English for "you're in my fucking way."

I can't tell you how many smooth-legged, oddly-shod, tank-top-wearing men have gotten in my way on bike and foot. I've never been to Europe, but I have to assume all of its roads, sidewalks, and doorways were designed in the twelfth century by a drunken autistic four-year-old who has since been raised to sainthood. That would explain why, when they come here and see our clearly-marked (with pictograms, no less--you don't even have to speak the language!), straight-ish lanes separating pedestrians, cyclists, and vehicles, their minds cannot comprehend the austere logic behind them. Hence, my rage.

They call New Yorkers rude and Americans fat & lazy, but if someone from Brooklyn or Oklahoma sees me coming they politely wait til I'm past to step into the road. If they're from the South they'll scare me by saying hi. Europeans see you coming, make direct eye contact, then step deliberately into your path, daring you to cause an international crisis by forcibly correcting them.

And if you're on a bike, there should be no circumstances under which I, on foot, have to dodge around you. You're on a MACHINE. With WHEELS. OPERATE IT.
Posted by Unknown at 11:35 AM No comments: